Report from the Football Team

Report from the Football Team 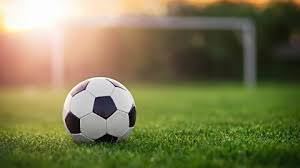 In the first match we lost 3-0 to Eversley. We played very well and kept it at 0-0 in the first half. During second half we conceded two goals, both when they countered. The last goal was a tap in.

In the second game we won  5-4 in a miraculous come-back from 3-1 down. Joseph was our hero, having scored all of our goals. Thank you to Mr Venn and Mr Ibrahim for filling in for Mr Watson and Miss Wallbank.

Written by: Finn and Mustafa