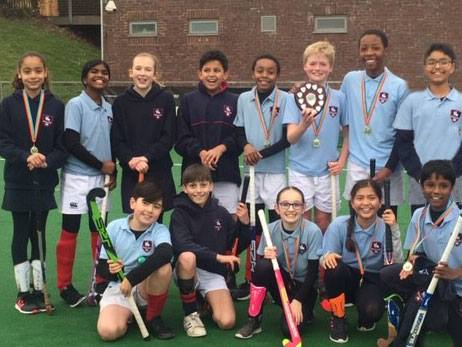 Yesterday Salcombe played in the Enfield Borough hockey tournament, which we have won for the last 6 years. We had 2 teams and the B team finished with one win, a draw and 2 loses, just missing out on the semi finals. The A team won all their matches in pool play comfortably. In the semi final they played a good Eversley team and won a close match 3-2. In the final, against Grange Park it was again a close affair, with Salcombe coming out on top 3-2. Congratulations to all those who took part and once again we have qualified to represent Enfield in the London Youth Games!